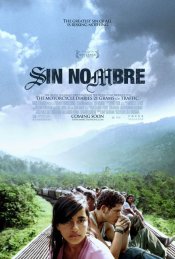 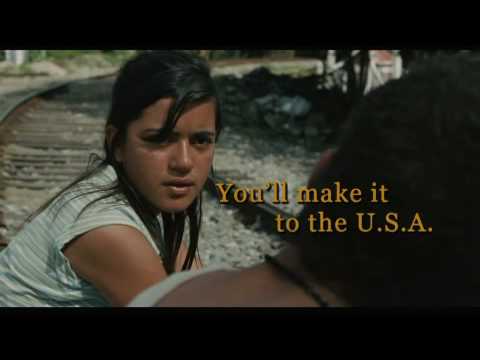 "Sin Nombre" is an epic dramatic thriller written and directed by Student Academy Award winner Cary Joji Fukunaga in his feature debut. The filmmaker’s firsthand experiences with Central American immigrants seeking the promise of the U.S. form the basis of the Spanish-language movie.

"Sin Nombre" tells the story of Sayra (Paulina Gaitan), a teenager living in Honduras, and hungering for a brighter future. A reunion with her long-estranged father gives Sayra her only real option – emigrating with her father and her uncle into Mexico and then the United States, where her father now has a new family.

Meanwhile, Casper, a.k.a. Willy (Edgar Flores), is a teenager living in Tapachula, Mexico, and facing an uncertain future. A member of the Mara Salvatrucha gang brotherhood, he has just brought to the Mara a new recruit, 12-year-old Smiley (Kristyan Ferrer), who undergoes a rough initiation.

While Smiley quickly takes to gang life, Casper tries to protect his relationship with girlfriend Martha Marlene (Diana García), keeping their love a secret from the Mara. But when Martha encounters Tapachula’s Mara leader Lil’ Mago (Tenoch Huerta Mejía), she is brutally taken from Casper forever.

Sayra and her relatives manage to cross over into Mexico. There, they join other immigrants waiting at the Tapachula train yards. When a States-bound freight train arrives one night, they successfully rush to board – riding atop it, rather than in the cars – as does Lil’ Mago, who has commandeered Casper and Smiley along to rob immigrants.

When day breaks, Lil’ Mago makes his move and Casper in turn makes a fateful decision. Casper must now navigate the psychological gauntlet of his violent existence and the physical one of the unforgiving Mara, but Sayra bravely allies herself with him as the train journeys through the Mexican countryside towards the hope of new lives.

Poll: Will you see Sin Nombre? 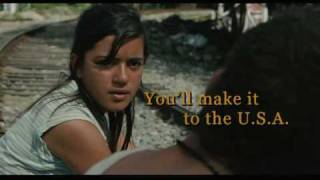 Production: What we know about Sin Nombre

Sin Nombre Release Date: When was it released?

Sin Nombre was released in 2009 on Friday, March 20, 2009 (in 6 theaters . There were 9 other movies released on the same date, including Duplicity, Sunshine Cleaning and I Love You, Man.