In a Dream Movie

Love is a Work of Art 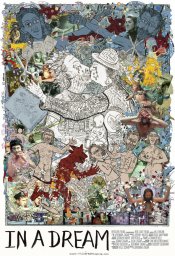 A renowned mosaic artist, who for the past 30 years has covered more than 40,000 square feet of Philadelphia top to bottom with tile, mirror, paint, and concrete.

Poll: Will you see In a Dream?

Crew: Who's making In a Dream

A look at the In a Dream behind-the-scenes crew and production team. The film's director Jeremiah Zagar last directed We the Animals .

In a Dream Trailers & Videos

Production: What we know about In a Dream

In a Dream Release Date: When was it released?

In a Dream was released in 2009 on Friday, April 10, 2009 (in 1 theater . There were 6 other movies released on the same date, including Dragonball Evolution, Observe and Report and Hannah Montana: The Movie.

Questions: Asked About In a Dream

Looking for more information on In a Dream?