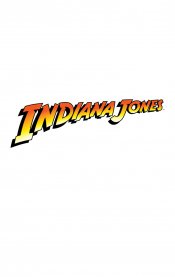 Poll: Will you see Indiana Jones 5?

A look at the Indiana Jones 5 behind-the-scenes crew and production team. The film's director James Mangold last directed Ford v Ferrari and Logan. The film's writer David Koepp last wrote You Should Have Left and Inferno.

Production: What we know about Indiana Jones 5?

Jonathan Kasdan, son of Raiders of the Lost Ark scribe Lawrence Kasdan, will work on a new draft of the screenplay.

Steven Spielberg is planning to start shooting April 2019 in the U.K.

Indiana Jones will return to the big screen on July 19, 2019, for a fifth epic adventure in the blockbuster series.

As Steven Spielberg stated: "I will not make another Indiana Jones film unless it's based on George's story." Lucas intends for that to happen, says Spielberg, though the timetable is unclear.

Indiana Jones 5 Release Date: When is the film coming out?

Indiana Jones 5 is coming out in 2022 on Friday, July 29, 2022 (Nationwide release). There is 1 other movie coming out on the same date, including Black Adam.