Son of the Mask Movie 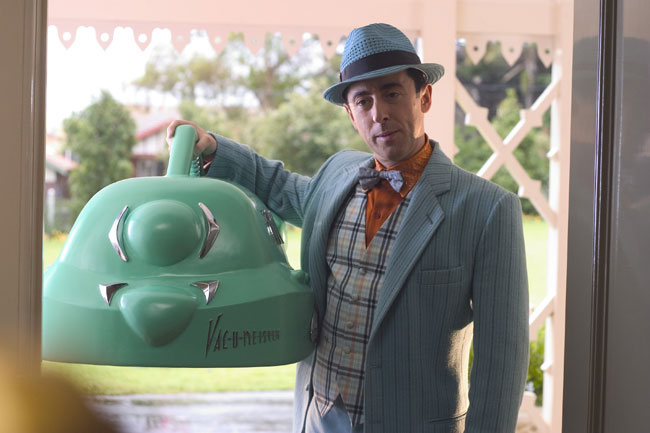 Starting over from scratch, this newest film in "The Mask" series focuses on aspiring cartoonist Tim Avery (Jamie Kennedy) who's feeling reluctant to become a father when he finds that he has to take care of a baby with amazing abilities... somehow, the baby has the powers of the Mask of Loki, a mythological object that transforms its user into a manic shapeshifter alter-ego.

Poll: Will you see Son of the Mask?

Crew: Who's making Son of the Mask

A look at the Son of the Mask behind-the-scenes crew and production team. The film's director Larry Guterman last directed Imaginary Larry and Dog's Best Friend. The film's writer Tom Gammill last wrote Full of It and Dumb and Dumberer: When Harry Met Lloyd.

Son of the Mask Trailers & Videos

Production: What we know about Son of the Mask

Son of the Mask Release Date: When was it released?

Son of the Mask was released in 2005 on Friday, February 18, 2005 (). There were 8 other movies released on the same date, including Imaginary Heroes, Because of Winn-Dixie and Downfall.

Questions: Asked About Son of the Mask

Looking for more information on Son of the Mask?