From Prada to Nada Movie

A riches to rags story. 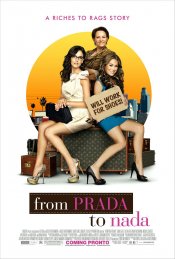 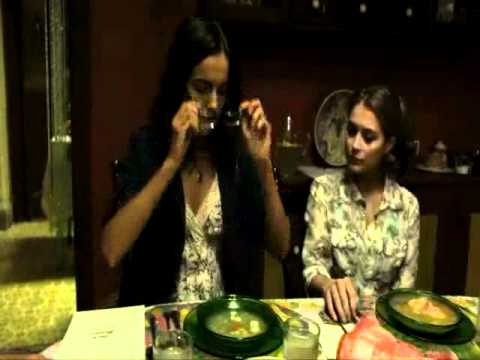 It's a whimsical fish-out-of-water story of two spoiled sisters: Nora (Camilla Belle), a law student, and Mary (Alexa Vega), an undergrad party girl, living with their father in a luxurious mansion in Beverly Hills. Mary has become so "90210" she refuses to admit she is of Mexican descent. When dad suddenly passes away, their posh lives are turned upside down. They discover they have been left penniless and are forced to move into their estranged aunt Aurelia's (Adriana Barraza) modest but lively home in the Latino-centric Boyle Heights neighborhood of East LA. They are terrified to leave their world of privilege; neither Nora nor Mary speak Spanish or have ever had to take on actual responsibility. The girls gradually adapt to their new environment; their BMW and Prius are traded for the public bus and a used car. As they embrace the culture that for so long they refused to accept, they both discover romance, the true meaning of family, and they learn that the life of PRADA actually means NADA without love, family and community.

Poll: Will you see From Prada to Nada?

Who stars in From Prada to Nada: Cast List

"Bingo Hell (Welcome To The Blumhouse)" , "Henry Poole is Here"

A look at the From Prada to Nada behind-the-scenes crew and production team. 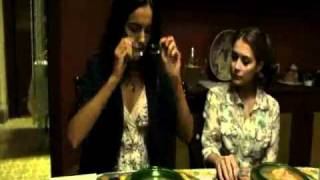 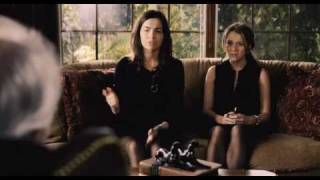 Production: What we know about From Prada to Nada?

From Prada to Nada Release Date: When was the film released?

From Prada to Nada was released in 2011 on Friday, January 28, 2011 (in 256 theaters . There were 6 other movies released on the same date, including The Mechanic, The Rite and Ip Man 2: Legend of the Grandmaster.

Q&A Asked about From Prada to Nada

Looking for more information on From Prada to Nada?