A world without HIV/AIDS may be closer than you think. 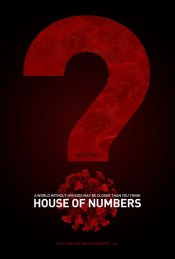 What is HIV? What is AIDS? What is being done to cure it? These questions sent Canadian filmmaker Brent Leung on a worldwide journey, from the highest echelons of the medical research establishment to the slums of South Africa, where death and disease are the order of the day. In this up-to-the-minute documentary, he observes that although AIDS has been front-page news for over 28 years, it is barely understood. Despite the great effort, time, and money spent, no cure is in sight. Born in 1980 (on the cusp of the epidemic), Leung reveals a research establishment in disarray, and health policy gone tragically off course. Gaining access to a remarkable array of the most prominent and influential figures in the field — among them the co-discoverers of HIV, presidential advisors, Nobel laureates, and the Executive Director of "UNAids," as well as survivors and activists — his restrained approach yields surprising revelations and stunning contradictions. The HIV/AIDS story is being rewritten, and this is the first film to present the uncensored POVs of virtually all the major players — in their own settings, in their own words. It rocks the foundation upon which all conventional wisdom regarding HIV/AIDS is based. If, as South African health advocate Pephsile Maseko remarks, "this is the beginning of a war...a war to reclaim our health," then House of Numbers could well be the opening salvo in the battle to bring sanity and clarity to an epidemic clearly gone awry.

Poll: Will you see House of Numbers?

Crew: Who's making House of Numbers

A look at the House of Numbers behind-the-scenes crew and production team.

Production: What we know about House of Numbers

House of Numbers Release Date: When was it released?

Questions: Asked About House of Numbers

Looking for more information on House of Numbers?