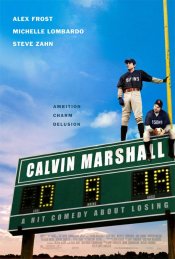 A college student is determined to become a Major League Baseball star, but instead finds his true calling.

Poll: Will you see Calvin Marshall?

A look at the Calvin Marshall behind-the-scenes crew and production team.

Production: What we know about Calvin Marshall

Calvin Marshall Release Date: When was it released?