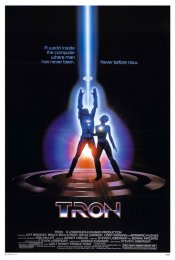 When Flynn (Jeff Bridges) hacks the mainframe of his ex-employer to prove his work was stolen by another executive, he finds himself on a much bigger adventure. Beamed inside by a power-hungry master control program, he joins computer gladiators on a deadly game grid, complete with high-velocity "light cycles" and Tron (Bruce Boxleitner), a specialized security program. Together, they fight the ultimate battle with the MCP to decide the fate of both the electronic world and the real world!

Poll: Will you see Tron?

A look at the Tron behind-the-scenes crew and production team.

Production: What we know about Tron

Tron Release Date: When was it released?

Looking for more information on Tron?