How Bad Do You Want In? 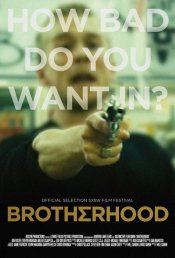 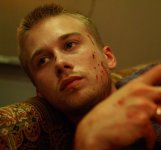 College freshman Adam Buckley sits blindfolded in the back of a van outside of a convenience store as the final step of his initiation into the Sigma Zeta Chi fraternity. Minutes later a fellow pledge is shot. The senior fraternity brother is able to get the injured pledge out of the store alive, but the fraternity's troubles are just beginning.

Poll: Will you see Brotherhood?

A look at the Brotherhood behind-the-scenes crew and production team. The film's director Will Canon last directed Demonic and House Of Horror.

Production: What we know about Brotherhood

Brotherhood Release Date: When was it released?

Brotherhood was released in 2011 on Friday, February 18, 2011 (in 1 theater . There were 12 other movies released on the same date, including Unknown, Big Mommas: Like Father, Like Son and I Am Number Four.

Looking for more information on Brotherhood?