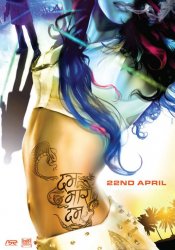 A crime thriller set in the tourist hotspot of Goa, India.

original plot formulation based on information from imdb.com

Production: What we know about Dum Maaro Dum

Dum Maaro Dum Release Date: When was it released?

Dum Maaro Dum was released in 2011 on Friday, April 22, 2011 (in 101 theaters . There were 15 other movies released on the same date, including Tyler Perry's Madea's Big Happy Family, African Cats and Water for Elephants.