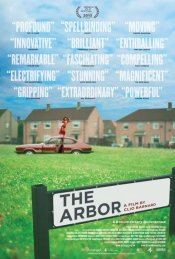 The true story of Bradford playwright Andrea Dunbar (The Arbor, Rita, Sue and Bob Too) and her daughter Lorraine.

Poll: Will you see The Arbor?

Crew: Who's making The Arbor

Production: What we know about The Arbor

The Arbor Release Date: When was it released?

Questions: Asked About The Arbor

Looking for more information on The Arbor?