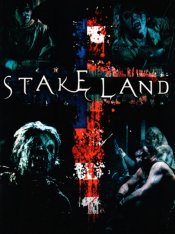 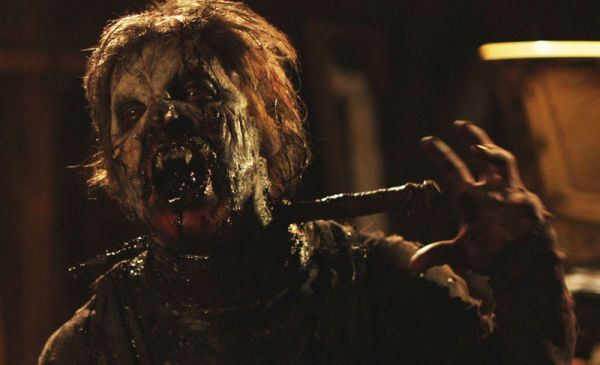 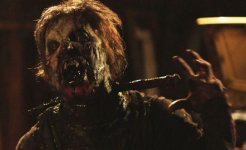 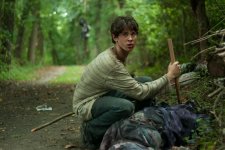 When an epidemic of vampirism strikes, humans find themselves on the run from vicious, feral beasts. Cities are tombs and survivors cling together in rural pockets, fearful of nightfall. When his family is slaughtered, young Martin (Connor Paolo) is taken under the wing of a grizzled, wayward hunter (Nick Damici) whose new prey are the undead.

Simply known as Mister, the vampire stalker takes Martin on a journey through the locked-down towns of America’s heartland, searching for a better place while taking down any bloodsuckers that cross their path. Along the way they recruit fellow travellers, including a nun (Kelly McGillis) who is caught in a crisis of faith when her followers turn into ravenous beasts. This ragtag family unit cautiously moves north, avoiding major thoroughfares that have been seized by The Brethren, a fundamentalist militia headed by Jebedia Loven (Michael Cerveris) that sees the plague as the Lord’s work.

Poll: Will you see Stake Land?

Stake Land Cast: Who stars in it?

Film Details & Notes: What do we know about Stake Land?

A look at the Stake Land behind-the-scenes crew and production team. The film's director Jim Mickle last directed In the Shadow of the Moon and We Are What We Are.

Production Timeline: When did the Stake Land come together?

Stake Land Release Date: When was it released?

Stake Land was released in 2011 on Friday, April 22, 2011 (in 1 theater . There were 15 other movies released on the same date, including African Cats, Water for Elephants and Tyler Perry's Madea's Big Happy Family.