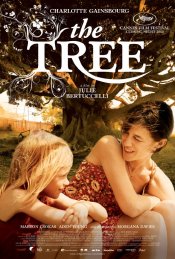 After the sudden death of her father, 8-year-old Simone shares a secret with her mother Dawn. She’s convinced her father speaks to her through the leaves of her favourite tree and he’s come back to protect them. But the new bond between mother and daughter is threatened when Dawn starts a relationship with George, the plumber, called in to remove the tree’s troublesome roots.

Poll: Will you see The Tree?

Crew: Who's making The Tree

A look at the The Tree behind-the-scenes crew and production team.

Production: What we know about The Tree

The Tree Release Date: When was it released?

The Tree was released in 2011 on Friday, July 15, 2011 (in 2 theaters . There were 10 other movies released on the same date, including Harry Potter and the Deathly Hallows: Part II, Winnie the Pooh and Salvation Boulevard.

Questions: Asked About The Tree

Looking for more information on The Tree?