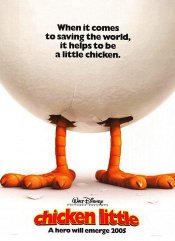 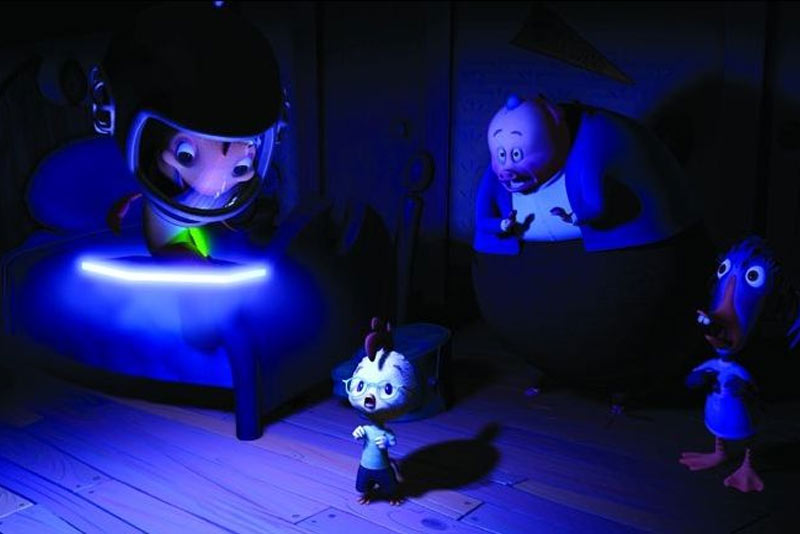 Next summer the sky really IS falling in Walt Disney Pictures' new computer-animated film "Chicken Little". This epic tale presents a new twist to the classic fable of a young chicken who causes widespread panic when he mistakes a falling acorn for a piece of the sky. In this hilarious adventure, Chicken Little is determined to revive his ruined reputation. But just as things are starting to go his way, a real piece of the sky lands on his head! Suspense, chaos, and plenty of laughs ensue as Chicken Little and his band of misfit friends, Abby Mallard (a.k.a. Ugly Duckling), Runt of the Litter and Fish Out of Water, attempt to save the world without sending the town into a whole new panic. This time, when it comes to saving the world, it helps to be a little chicken.

Poll: Will you see Chicken Little?

A look at the Chicken Little behind-the-scenes crew and production team.

Production: What we know about Chicken Little

Chicken Little Release Date: When was it released?

Chicken Little was released in 2005 on Friday, November 4, 2005 (). There were 5 other movies released on the same date, including National Lampoon's Pledge This!, Adam and Eve and Tristram Shandy: A Cock & Bull Story.