Fall Of The Last Empire 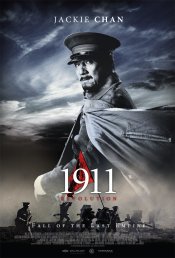 An epic war film that details the fall of the Qing Dynasty and the violent rebellion that brought it down. With China split into warring factions and the starving citizens beginning to revolt, the ruling Qings are building a powerful army to quash any rebellion. But revolutionary leader Huang Xing (Chan) decides he must act before the Qing army becomes too powerful and leads an increasingly desperate series of violent uprisings against the power Qings.

A look at the 1911 behind-the-scenes crew and production team.

Production: What we know about 1911

1911 Release Date: When was it released?

1911 was released in 2011 on Friday, October 7, 2011 (Limited release). There were 8 other movies released on the same date, including Real Steel, The Ides of March and Dirty Girl.

Looking for more information on 1911?