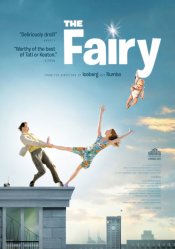 A hotel clerk searches all over Le Havre for the fairy who made two of his three wishes come true before disappearing.

Poll: Will you see The Fairy?

Production: What we know about The Fairy?

The Fairy Release Date: When was the film released?

The Fairy was released in 2012 on Friday, February 24, 2012 (Limited release). There were 8 other movies released on the same date, including Act of Valor, Wanderlust and Gone.

Q&A Asked about The Fairy

Looking for more information on The Fairy?