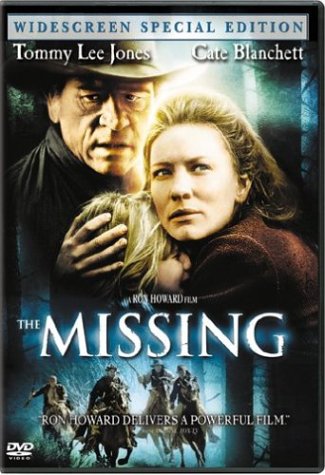 "The Missing" is the story of Maggie Gilkeson (Cate Blanchett), a young woman raising her two daughters in an isolated and lawless wilderness. When her oldest daughter (Evan Rachel Wood) is kidnapped by a psychopathic killer with mystical powers (Eric Schweig), Maggie is forced to re-unite with her long estranged father (Tommy Lee Jones) to rescue her. The killer and his brutal cult of desperados have kidnapped several other teenage girls, leaving a trail of death and horror across the desolate landscape of the American Southwest. Maggie and her father are in a race against time to catch up with the renegades and save her daughter, before they cross the Mexican border and disappear forever.