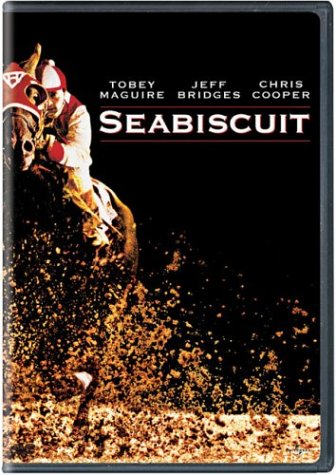 This is the true story of a former bicycle repairman, Charles Howard (Jeff Bridges), who made his fortune introducing the automobile to the American West, and who owned a small, knobbly-kneed horse called Seabiscuit. Howard teamed up with a half-blind ex-boxing prize fighter, Red Pollard (Tobey Maguire), who became the horse's jockey and a former "mustang breaker" Wild West performer called "The Lone Plainsman", Tom Smith (Chris Cooper), who became the horse's trainer. As the United States struggled through the Great Depression, people around the country followed with rapt interest of the Seabiscuit story, leading to his win of the Horse of the Year honors in 1938...