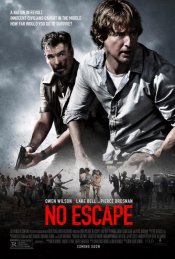 The Coup follows an American family living in Southeast Asia who get caught in the middle of a violent revolution. They must flee to safety while being hunted by a murderous rebel leader.

Production is slated to begin in Thailand on Oct. 31.