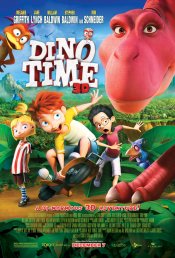 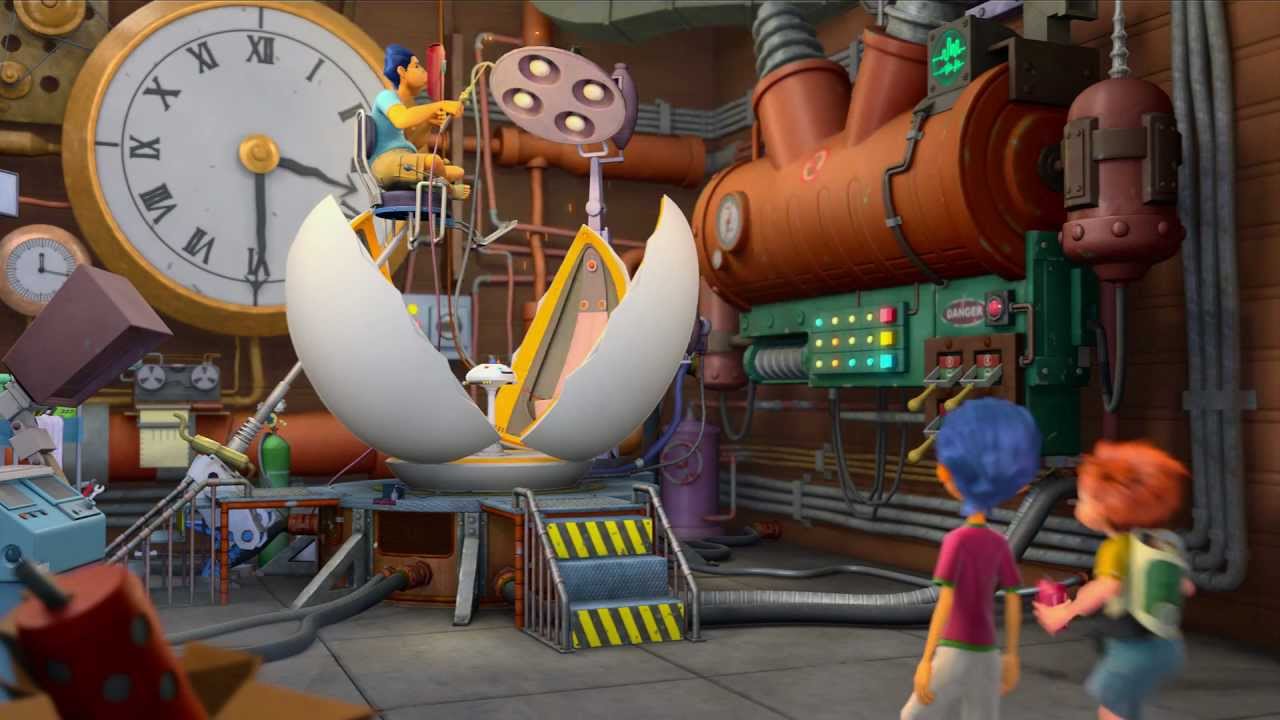 Three kids who travel back in time to 65 million years ago, where they are taken in by a dinosaur!

There’s nothing Ernie loves more than an excellent adventure, whether he’s zooming around town on his rocket-powered skateboard or stealing an early peek at the coolest new fossil exhibit at the Dinosaur Museum. It’s not always easy under the strict rule of his mom Sue (Jane Lynch) - especially with his sister Julia following him around and trying to get him into trouble every chance she gets - bu t he still manages to stir up some fun. One day, however, Ernie’s daredevil nature takes him on a journey with potentially irreversible consequences. After sneaking over to his best friend Max’s house, Ernie discovers Max’s dad’s latest invention: a sleek, egg-shaped time machine. Suddenly, Julia bursts in to bust the two boys, and in the ensuing chaos, the time machine whirs to life and closes its doors on the three arguing kids.

When the hydraulic doors hiss open, the kids find themselves in a lush jungle untouched by mankind, with a living, breathing T-Rex named Tyra (Melanie Griffith) standing over them. Tyra nuzzles them softly, and Ernie realizes that they’re not going to end up dinosaur food – they’re family! The egg-shaped time machine has landed in Tyra’s nest, and the she thinks the human children are hers, new siblings to her hyperactive dinosaur son Dodger (Rob Schneider).

Ernie’s ready to seize the opportunity to have his most incredible escapade yet – but there’s still the little problem of how to eventually get home, what with the time machine having lost a vital component in its crash landing. Throw in some creepy dinosaur rivals of Tyra’s (William Baldwin and Stephen Baldwin) who plan to take the time machine 'egg' to lure her into their lair, and the road back to the present is paved with obstacles. It’s going to take a lot of teamwork, and maybe even some surprising help from Sue, to reunite Ernie, Julia and Max with their human families and get them out of 'Dino Time.'

Poll: Will you see Dino Time?

"My Little Pony: The Movie" , "Teen Titans GO To the Movies"

"Bumblebee" , "The King of Staten Island"

"Faith of Our Fathers" , "I'm in Love With a Church Girl"

A look at the Dino Time behind-the-scenes crew and production team. 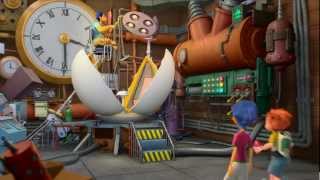 Production: What we know about Dino Time?

Dino Time Release Date: When was the film released?

Dino Time was released in 2012 on Friday, December 7, 2012 (Limited release). There were 16 other movies released on the same date, including Playing for Keeps, End of Watch and Flying Lessons. 3D