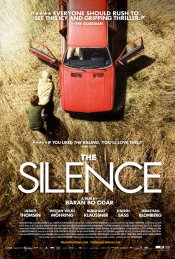 The Silence begins 23 years ago on a hot Summer day, when a young girl named Pia is brutally murdered in a field of wheat. Now, on the exact same date in the present, 13-year-old Sinikka is missing, her bicycle abandoned in the same spot. As Krischan, the retired investigator of the unresolved case, and his younger colleague David struggle to solve the mystery of these parallel crimes, Sinikka’s distraught parents are trapped in an agonizing period of waiting and uncertainty. Meanwhile, their daughter’s fate rips open old wounds in the heart of Pia’s mother, who is visited by an unexpected guest with an eerie connection to her daughter. The unrelenting Summer heat lies over the quaint family homes like a bell jar and behind closed doors, worlds begin to fall apart

Poll: Will you see The Silence?

A look at the The Silence behind-the-scenes crew and production team. The film's director Baran bo Odar last directed Sleepless.

Production: What we know about The Silence?

The Silence Release Date: When was the film released?

The Silence was released in 2013 on Friday, March 8, 2013 (Limited release). There were 13 other movies released on the same date, including Oz: The Great and Powerful, Emperor and Dead Man Down.

Q&A Asked about The Silence

Looking for more information on The Silence?