A life for every lie. 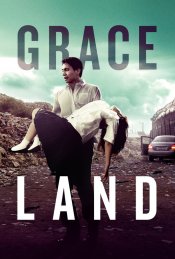 Family man Marlon Villar is the long-time driver of Manuel Chango, a corrupt Filipino congressman. One afternoon, while driving his and Chango's preteen daughters home from school, the three are violently ambushed in a kidnapping attempt. When the attempt goes horribly awry, the wrong girl is taken, and the driver's life takes a sudden, terrifying turn. Left as the only witness to the crime, Marlon's loyalty is called into question. As events unravel further, he, Chango, and their families become ensnared in a downward spiral of betrayal and deceit that will ultimately leave no one innocent.

Poll: Will you see Graceland?

A look at the Graceland behind-the-scenes crew and production team.

Production: What we know about Graceland

Graceland Release Date: When was it released?

Graceland was released in 2013 on Friday, April 26, 2013 (Limited release). There were 10 other movies released on the same date, including The Big Wedding, Pain and Gain and Mud.

Looking for more information on Graceland?