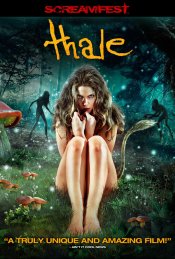 Two crime-scene cleaners discover a mythical, tailed female creature in a concealed cellar. She never utters a word, unable to tell her story, but the pieces of the puzzle soon come together: she's been held captive for decades for reasons soon to surface.

Poll: Will you see Thale?

A look at the Thale behind-the-scenes crew and production team.

Production: What we know about Thale

Thale Release Date: When was it released?

Thale was released in 2013 on Friday, April 5, 2013 (Limited release). There were 13 other movies released on the same date, including Evil Dead, Jurassic Park 3D and 6 Souls.

Looking for more information on Thale?