May 20, 2013 • Awaiting release by distributor; release date not yet announced.

The film follows a poor rice farmer in the Northern Philippine mountains, who moves his family to Metro Manila in search of a better life and then becomes involved in a web of intrigue.

Poll: Will you see Metro Manila? 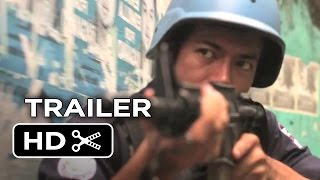 Production: What we know about Metro Manila

Metro Manila Release Date: When is it coming out?

Metro Manila is coming out To Be Announced (TBA).