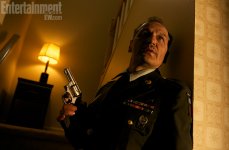 Late Phases relates the story of a cantankerous blind vet named Ambrose McKinley who moves into a retirement community where residents have been dying from dog attacks — although, as Ambrose starts to realize, the mutts may be more than mere canines.

Poll: Will you see Late Phases?

Production: What we know about Late Phases

Late Phases Release Date: When is it coming out?

Late Phases is coming out To Be Announced (TBA).