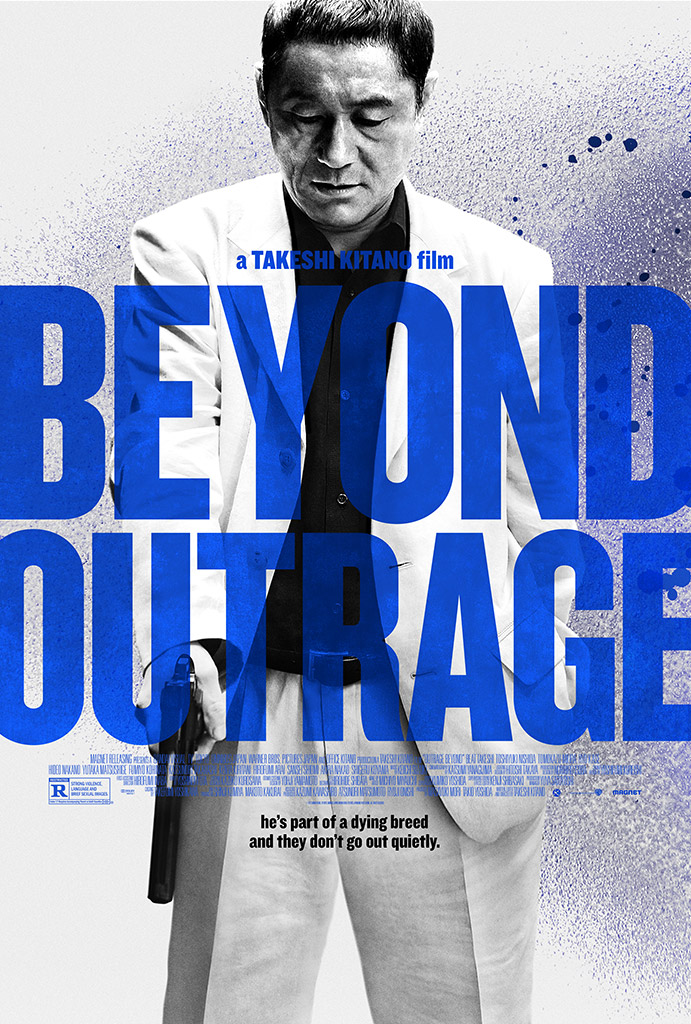 The Sanno crime family has grown into a massive organization dominated by young executives whose new approach to running the family is causing frustration and pent-up resentment with the old-guard members. This vulnerability in the Sanno hierarchy is exactly what anti-gang detective Kataoka has been looking for, as the police force prepares a full-scale crackdown.

Kataoka wants start a war between Sanno and the neighboring Hanabishi crime family in the hopes that they destroy each other. His trump card is Otomo (Kitano) – the rumored-dead boss of a defunct family that was destroyed by the Sanno, who has just been released from prison. Otomo wants to retire from a life of crime, but finds himself drawn back in through Kataoka’s manipulations as the Sanno and Hanabishi clans teeter on the brink of an all-out war.

Poll: Will you see Beyond Outrage?

Production: What we know about Beyond Outrage?

Beyond Outrage Release Date: When was the film released?

Beyond Outrage was released in 2014 on Friday, January 3, 2014 (Limited release). There were 3 other movies released on the same date, including Paranormal Activity: The Marked Ones, Open Grave and The Best Offer.

Q&A Asked about Beyond Outrage

Looking for more information on Beyond Outrage?