A film about freedom. 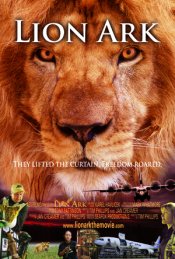 October 15, 2013 • Awaiting release by distributor; release date not yet announced.

A shocking undercover investigation leads to a ban on animal circuses in Bolivia. But the circuses defy the law. The team behind the investigation returns, tracks down the illegal circuses and saves every animal. The confrontations, heartache and incredible risks the rescue team face are all captured before a joyous finale sees 25 lions airlifted to freedom in Colorado.

Poll: Will you see Lion Ark?

A look at the Lion Ark behind-the-scenes crew and production team.

Production: What we know about Lion Ark

Lion Ark Release Date: When is it coming out?