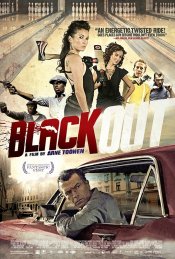 On the day before his wedding, retired criminal Jos (Raymond Thiry) wakes up with a splitting headache, a missing wedding ring, and a dead body in bed next to him. With no memory of the previous day's events, he quickly finds himself pursued by suspicious narcotics officers and an assortment of eccentric and dangerous criminals who believe Jos has stolen 20 kilos of cocaine. With less than 24 hours to unravel the mystery, Jos is forced back into the seedy Amsterdam underworld in hopes that he can recover the coke and ring, and live long enough to make it to the altar.

Poll: Will you see Black Out?

A look at the Black Out behind-the-scenes crew and production team.

Production: What we know about Black Out?

Black Out Release Date: When was the film released?

Black Out was released in 2014 on Friday, February 21, 2014 (Limited release). There were 6 other movies released on the same date, including Pompeii, Holy Ghost People and Barefoot.

Q&A Asked about Black Out

Looking for more information on Black Out?