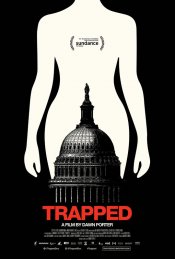 U.S. abortion clinics are fighting to survive. Since 2010, hundreds of laws regulating abortion clinics have been passed by conservative state legislatures, particularly in the south. These restrictions, known as TRAP laws (or Targeted Regulations of Abortion Providers) are spreading across America. Faced with increased costs of compliance and the alarming fear of violence from protestors, the stakes for the women and men on the frontlines couldn't be any higher. As the battle heads to the U.S. Supreme Court, TRAPPED follows the struggles of the clinic workers and lawyers fighting to keep abortion safe and legal for millions of American women, many of them poor and uninsured.

Poll: Will you see Trapped?

A look at the Trapped behind-the-scenes crew and production team. The film's director Dawn Porter last directed The Way I See It and John Lewis: Good Trouble.

Production: What we know about Trapped?

Trapped Release Date: When was the film released?

Trapped was released in 2016 on Friday, March 4, 2016 (Limited release). There were 14 other movies released on the same date, including Zootopia, The Other Side of the Door and London Has Fallen.

Looking for more information on Trapped?