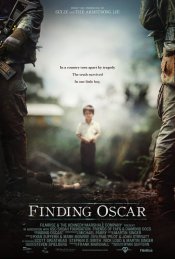 In a forgotten massacre during Guatemala’s decades-long civil war, a young boy was spared, only to be raised by one of the very soldiers who killed his family. Nearly 30 years after the tragedy, it will take a dedicated team—from a forensic scientist to a young Guatemalan prosecutor—to uncover the truth and bring justice to those responsible… by finding the missing boy named Oscar.

Poll: Will you see Finding Oscar?

A look at the Finding Oscar behind-the-scenes crew and production team.

Production: What we know about Finding Oscar

Finding Oscar Release Date: When was it released?

Finding Oscar was released in 2017 on Friday, April 14, 2017 (Limited release). There were 11 other movies released on the same date, including The Fate of the Furious, Spark: A Space Tail and Altitude.