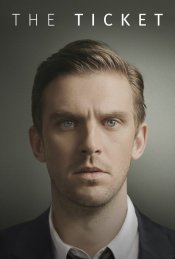 Dan Stevens and Malin Akerman star in this intense breakout drama about a blind man who inexplicably regains his vision and becomes possessed by a drive to make a better life for himself. However, his new improvements—a nicer home, a higher paying job, tailored suits, luxury car—leave little room for the people who were part of his old, simpler life: his plain wife (Malin Åkerman) and close friend Bob (Oliver Platt). As his relationships buckle under the strain of his snowballing ambition, it becomes uncertain if James can ever return from darkness.

Poll: Will you see The Ticket?

Crew: Who's making The Ticket

A look at the The Ticket behind-the-scenes crew and production team.

Production: What we know about The Ticket

The Ticket Release Date: When was it released?

Questions: Asked About The Ticket

Looking for more information on The Ticket?