In the 90's one man ruled Hollywood with an iron fist. Sandy Wexler was not that man.

The film follows Sandy Wexler (Adam Sandler), a talent manager working in Los Angeles in the 1990s, who diligently represents a group of eccentric clients on the fringes of show business. His single-minded devotion is put to the test when he falls in love with his newest client, Courtney Clarke (Jennifer Hudson), a tremendously talented singer who he discovers at an amusement park.

Poll: Will you see Sandy Wexler?

A look at the Sandy Wexler behind-the-scenes crew and production team. 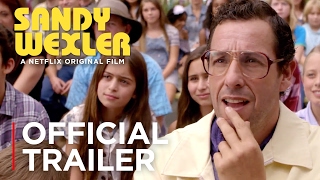 Production: What we know about Sandy Wexler

Sandy Wexler Release Date: When was it released?

Sandy Wexler was released in 2017 on Friday, April 14, 2017 (VOD / Digital release). There were 11 other movies released on the same date, including The Fate of the Furious, My Entire High School Sinking Into The Sea and The Lost City of Z. Netflix Only