The Endless Plot: What's the story?

Follows two brothers who receive a cryptic video message inspiring them to revisit the UFO death cult they escaped a decade earlier. Hoping to find the closure that they couldn’t as young men, they’re forced to reconsider the cult’s beliefs when confronted with unexplainable phenomena surrounding the camp. As the members prepare for the coming of a mysterious event, the brothers race to unravel the seemingly impossible truth before their lives become permanently entangled with the cult.

Poll: Will you see The Endless?

The Endless Cast: Who stars in it?

Film Details & Notes: What do we know about The Endless?

Crew and Production Credits: Who's making The Endless? 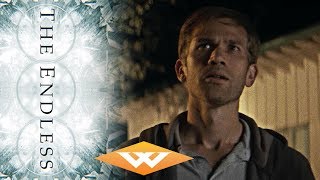 Production Timeline: When did the The Endless come together?

The Endless Release Date: When was it released?

The Endless was released in 2018 on Friday, April 6, 2018 (Limited release). There were 11 other movies released on the same date, including Chappaquiddick, A Quiet Place and Blockers.

Questions: Asked About The Endless

Looking for more information on The Endless?