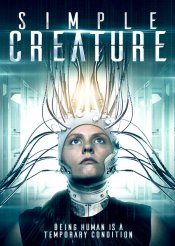 A typical modern millennial college student hurrying through life gets into a near-fatal bus accident, but instead of dying, she is reborn through hybrid technology by her biotech father and his advanced lab and turned into a modern day Frankenstein...

Poll: Will you see Simple Creature?

A look at the Simple Creature behind-the-scenes crew and production team.

Production: What we know about Simple Creature

Simple Creature Release Date: When was it released?

Simple Creature was released in 2017 on Friday, August 11, 2017 (Limited release). There were 16 other movies released on the same date, including Nut Job 2: Nutty By Nature, The Glass Castle and Annabelle: Creation.