Five rival agents. One elite team. We are The 355.

October 6, 2020 • Filming completed; editing of shot film; music composition and recordings, as well as sound and visual effects being added.

A dream team of formidable female stars come together in a hard-driving original approach to the globe-trotting espionage genre in The 355. 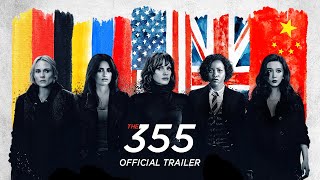 Production: What we know about 355

On or about October 6, 2020, the film was in Post-Production status.

355 Release Date: When is it coming out?

355 is coming out in 2021 on Friday, January 15, 2021 (Nationwide release). There are 4 other movies coming out on the same date, including Mortal Kombat, Peter Rabbit 2: The Runaway and Wrath of Man.

Looking for more information on 355?