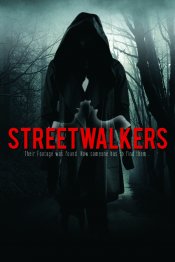 Three students filming a horror movie stumble upon something much worse, and their only hope for survival is two detectives who find the camera that was left behind.

Three college students, Ryan, Jake, and Erica, set out to film a great horror movie for one of their class projects; but during filming, something goes terribly wrong and the students suddenly find themselves in their own worst nightmare. Some of the events are caught on tape by the camera that Jake continues to record with, a camera that is later retrieved by two detectives, Adams and Dalton. It's now a race against time, and the detectives must use the video to rescue the students. As the case goes deeper, the detectives eventually find themselves in the middle of a dense forest on the outskirts of town, and what they uncover is far worse than what they could have ever imagined.

Poll: Will you see Streetwalkers?

A look at the Streetwalkers behind-the-scenes crew and production team.

Production: What we know about Streetwalkers?

Streetwalkers Release Date: When is the film coming out?

Streetwalkers is coming out To Be Announced (TBA).

Looking for more information on Streetwalkers?