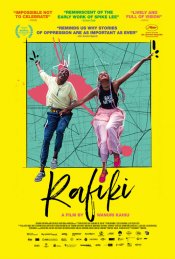 February 3, 2019 • Awaiting release by distributor; release date not yet announced.

A love story between two young women in a country that still criminalizes homosexuality. Kena and Ziki have long been told that “good Kenyan girls become good Kenyan wives” - but they yearn for something more.

Poll: Will you see Rafiki?

A look at the Rafiki behind-the-scenes crew and production team. The film's director Wanuri Kahiu last directed Once On This Island.

Production: What we know about Rafiki

Rafiki Release Date: When is it coming out?

Rafiki is coming out To Be Announced (TBA).

Looking for more information on Rafiki?