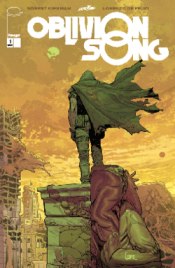 The story takes place one decade after 300,000 residents of Philadelphia suddenly were trapped in the apocalyptic hellscape of Oblivion.

Poll: Will you see Oblivion Song?

A look at the Oblivion Song behind-the-scenes crew and production team.

Production: What we know about Oblivion Song?

Oblivion Song Release Date: When is the film coming out?


Oblivion Song is coming out as a release To Be Announced (TBA).