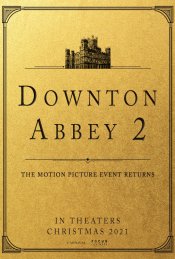 Poll: Will you see Downton Abbey 2?

"A Boy Called Christmas" , "Harry Potter and the Half-Blood Prince"

"The Guardians" , "The Flower of Evil"

Production: What we know about Downton Abbey 2?

Downton Abbey 2 Release Date: When is the film coming out?

Downton Abbey 2 is coming out in 2021 on Wednesday, December 22, 2021 (Nationwide release). There are 3 other movies coming out on the same date, including The Matrix 4, The King's Man and Sing 2.