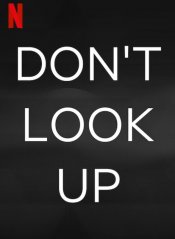 Focuses on two “low-level astronomers” who try to warn the world about the dangers of an asteroid that’s approaching Earth.

Poll: Will you see Don't Look Up?

"House at the End of the Street" , "The Hunger Games: Catching Fire"

Production: What we know about Don't Look Up?

Filming is currently underway in Boston.

Don't Look Up Release Date: When is the film coming out?

Q&A Asked about Don't Look Up

Looking for more information on Don't Look Up?