When conservative, Texas church-choir director Maybelline (Jacki Weaver) inherits her recently deceased son’s drag club, she surprises her closed-minded husband and everyone else she knows by moving alone to San Francisco to save the club from bankruptcy. In this raucous, racy new environment, she begins to open up and find new meaning for her life, even becoming a mother-figure to the club’s flamboyant performers …until a surprise visit threatens to upend her new life.

Poll: Will you see Stage Mother?

A look at the Stage Mother behind-the-scenes crew and production team. The film's director Thom Fitzgerald last directed The Event. 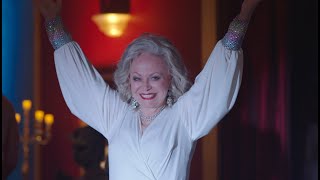 Production: What we know about Stage Mother

Stage Mother Release Date: When was it released?

Stage Mother was released in 2020 on Friday, August 21, 2020 (Limited release). There were 15 other movies released on the same date, including Unhinged, Inception and The Pale Door.