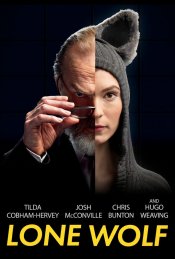 It's not exactly what the Minister of Justice wants to be doing: watching an endless stream of video footage. But a former police officer is very insistent. Together, all this footage - from hidden cameras, phone taps, Skype sessions and security surveillance - can tell an interesting story. The focus here is on an obscure bookstore where a group of environmental activists are meeting in secret. Idealistic Winnie and her boyfriend Conrad want to disrupt the G20, but aren't aware that they are possibly being lured into a trap

Poll: Will you see Lone Wolf?

"Legend of the Guardians: The Owls of Ga'Hoole" , "Captain America: The First Avenger"

A look at the Lone Wolf behind-the-scenes crew and production team.

Production: What we know about Lone Wolf?

Lone Wolf Release Date: When is the film coming out?

Lone Wolf is coming out in 2021 on Friday, September 24, 2021 (Limited release). There are 12 other movies coming out on the same date, including Dear Evan Hansen, East Of The Mountains and Birds of Paradise.