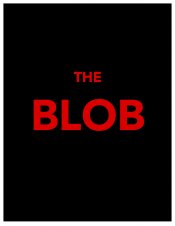 When a band of miners uncover something hidden deep beneath the earth they unwittingly unleash a hideous creature beyond imagination. Now the townsfolk must fightback, before it destroys everything.

Poll: Will you see The Blob?

Crew: Who's making The Blob

A look at the The Blob behind-the-scenes crew and production team. The film's director Simon West last directed Stratton and Gun Shy. The film's writer Rob Zombie last wrote 3 From Hell and 31.

Production: What we know about The Blob

Simon West will direct. No writer's name released yet. Last set up in August 2009.

Rob Zombie has left the project.

The Blob Release Date: When is it coming out?

The Blob is coming out To Be Announced (TBA).

Questions: Asked About The Blob

Looking for more information on The Blob?