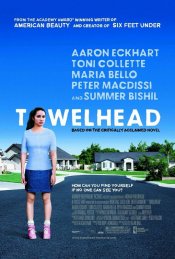 A 13-year-old Arab-American girl must navigate a sexual obsession with a bigoted Army reservist under the oppressive eye of her Lebanese father during the Gulf War.

Jasira wants something she can't define: attention, love, acceptance or a normal life. Unfortunately, she doesn't know the right way to find it. When Jasira's mother exiles her to Houston to live with her strict, quick-to-anger Lebanese father, she quickly learns what aspects of herself to suppress in front of him. In private, however, she conducts her sexual awakening with all the false confidence that pop culture and her neighbor's magazines have provided. The result is a funny, dark, bold and harrowing look at the confusion and misguided exploration of youth in America's track houses, public schools and suburban wastelands.

Poll: Will you see Towelhead?

Production: What we know about Towelhead?

Towelhead Release Date: When was the film released?

Towelhead was released in 2008 on Friday, September 26, 2008 (). There were 6 other movies released on the same date, including Forever Strong, Eagle Eye and Nights in Rodanthe.

Looking for more information on Towelhead?