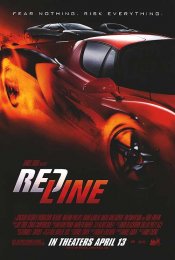 A gorgeous young automobile fanatic and front to the hottest unsigned band on the West coast finds herself caught up in illegal drag-racing competitions organized for the pleasure of a bunch of bored billionaires.

Poll: Will you see Redline?

A look at the Redline behind-the-scenes crew and production team.

Production: What we know about Redline?

Redline Release Date: When was the film released?


Redline was a release in 2007 on Friday, April 13, 2007. There were 5 other movies released on the same date, including Perfect Stranger, Lonely Hearts and The Invisible.

Redline DVD & Blu-ray Release Date: When was the film released?

Looking for more information on Redline?