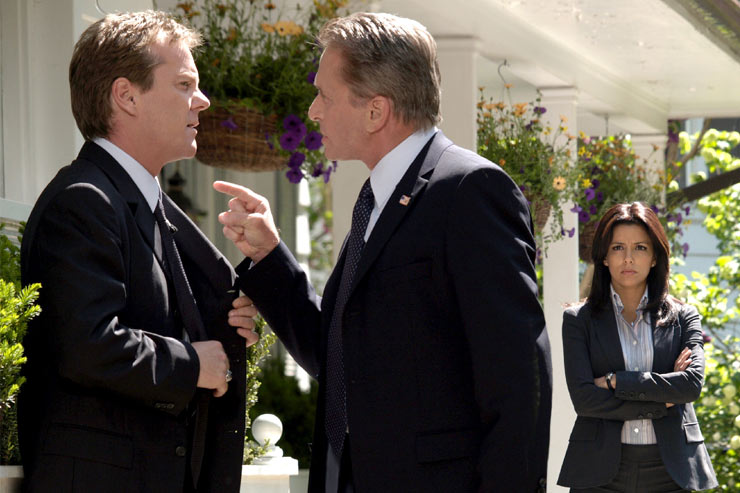 When a colleague is murdered, Secret Service agent Pete Garrison is put in charge of the investigation. But Garrison himself becomes a suspect after he is blackmailed by someone who knows of his affair with the first lady. Stripped of his duties and now a fugitive, Garrison races to prove his innocence and save the president's life.

Poll: Will you see The Sentinel?

Crew: Who's making The Sentinel

A look at the The Sentinel behind-the-scenes crew and production team. The film's director Clark Johnson last directed Dark Tide and S.W.A.T. .

Production: What we know about The Sentinel

The Sentinel Release Date: When was it released?

The Sentinel was released in 2006 on Friday, April 21, 2006 (). There were 4 other movies released on the same date, including Standing Still, Silent Hill and Stick It.

Questions: Asked About The Sentinel

Looking for more information on The Sentinel?