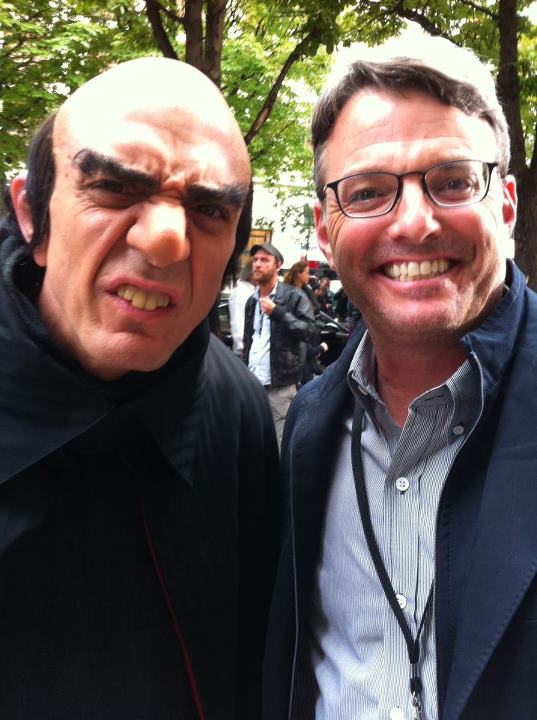 Sony Pictures Digital Productions President Bob Osher with Gargamel (Hank Azaria) in front of the Plaza Athene on the set of The Smurfs 2 in Paris, France.