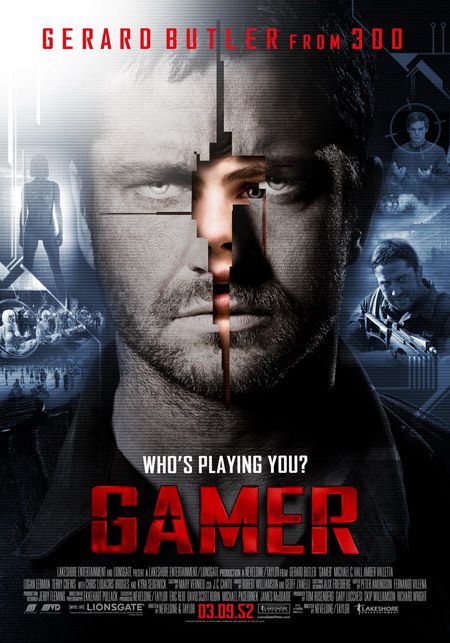 The picture unfolds in a dystopian near-future, where computer devices are implanted in the brains of unlucky individuals, and the latest "craze" for a depraved few involves controlling the activities of these soulless guinea pigs. At the behest of the players, the subjects unwittingly participate in a massive, multiplayer online game called "Slayers"; its seemingly invincible hero (Gerard Butler) ranks as the most worshipped celebrity on the planet. As the story rolls on, however, he suddenly begins to wrest his own individuality away from the system and determines to destroy the entire framework of the game - while audiences of millions watch his every move.