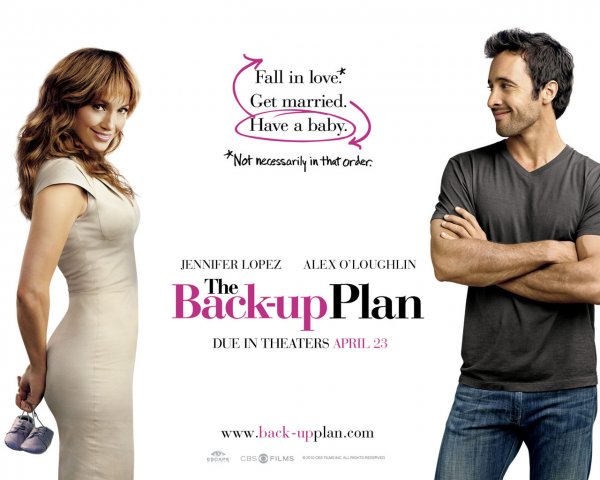 After years of dating, Zoe (Jennifer Lopez) has decided waiting for the right one is taking too long. Determined to become a mother, she commits to a plan, makes an appointment and decides to go it alone. On the day of her artificial insemination, Zoe meets Stan (Alex O’Loughlin) – a man with real possibilities.

Trying to nurture a budding relationship and hide the early signs of pregnancy becomes a comedy of errors for Zoe and creates confusing signals for Stan. When Zoe nervously reveals the reason for her unpredictable behavior, Stan commits fully and says he’s in. Never before has love seen a courtship where a wild night of sex involves three in a bed – Stan, Zoe and the ever-present massive pregnancy pillow. Or, where “date night” consists of being the “focal point” at a near-stranger’s water birth which does for kiddie pools what “Jaws” did for swimming in the ocean. The real pregnancy test comes when both of them realize they really don’t know each other outside of hormonal chaos and birth preparations. With the nine month clock ticking, both begin to experience cold feet. Anyone can fall in love, get married and have a baby but doing it backwards in hyper-drive could be proof positive that they were made for each other.