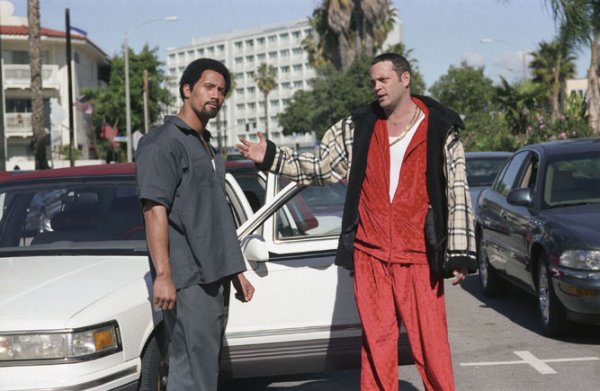 John Travolta is back as Chili Palmer in "Be Cool", a sequel to the comedy smash "Get Shorty". This time, Chili becomes a different kind of "hit" man—he abandons the movie industry to bring his wiseguy skills and negotiation tactics to the music business. When a friend is offed while they're at lunch, Chili takes the opportunity to visit the guy's wife, Edie (Uma Thurman), and pitch himself as her new business partner at an independent record label. With a promising young pop-star-in-training as his protégé (Christina Milian), Chili has to juggle her faux-urban manager (Vince Vaughn), his gay, wannabe-actor bodyguard (Dwayne "The Rock" Johnson), Russian mobsters, and an eloquent gangsta music producer (Cedric the Entertainer,) to save the label and land a hit—and keep from getting popped himself.